This website uses cookies, similar technologies and tracking services (hereinafter referred to as “Cookies”). These Cookies help to display our website, improve it based on your user behavior (e.g., via Salesforce Pardot) and present content aligned with your interests (e.g., LinkedIn Insights, Google Ads). We require your consent to use Cookies. Additionally, we incorporate content from third-party providers (e.g., Microsoft Azure for single sign-on authentication), which could involve transferring your data to the United States, a non-secure third country. By clicking Accept All, you consent to the use of non-essential Cookies and to your data being transferred to third countries. Clicking Refuse enables you to reject the use of non-essential Cookies. Please select which Cookies we may use under Details. More information, particularly about your rights as a data subject, is available under Details or in our Privacy Policy .

Below, you can activate/deactivate the individual technologies that are used on this website.

These Cookies collect information about your habits when using our web pages and help us to enhance your user experience by tailoring the functions and attractiveness of our web pages based on your previous visits, location and browser settings. They also enable access to integrated third-party tools on our website (e.g., Microsoft Azure for single sign-on authentication). This can involve transferring your data to the United States, a non-secure third country. If you refuse these Cookies, you might not be able to access the full functionality of the website. Details about the tools we use are available under More Information.

These Cookies are used to compile basic usage and user statistics based on how our web pages are used. If you accept these Cookies, you simultaneously consent to your data being processed and transmitted to the United States by services such as Salesforce Pardot. Details about the tools we use are available under More Information.

Industry 4.0 offensive was visited by Minister for Economic Affairs Lemke and by State Minister Dulig at HMI

Montabaur, April 29, 2015 – The Smart Electronic Factory has enjoyed great popularity by political and entrepreneurial representatives at HANNOVER MESSE. On the way to cross-linked and self-organizing factories the Industry 4.0 initiative – from medium-sized companies for medium-sized companies – decisively determines the course for Germany. This has been the tenor of Eveline Lemke, Minister for Economic Affairs in Rhineland-Palatinate. Martin Dulig, Saxon State Minister for Economic Affairs, Labor and Transport, has also emphasized this opinion.

This year’s HANNOVER MESSE went under the slogan “Innovations for integrated industry”. Within the Smart Electronic Factory, being integrated into the real electronics factory of Limtronik GmbH, Industry 4.0 solutions are evaluated and realized – even now. This intelligent factory has been established by its initiators Limtronik and iTAC together with an independent offensive which consists of highly specialized, medium-sized system manufacturers and application suppliers. Objective is the self-organizing factory.

The Smart Electronic Factory has convinced on a political level
The initial key project has been introduced to the public at HANNOVER MESSE. Among iTAC from Rhineland-Palatinate and the Hessian company Limtronik further members of the offensive were also represented: in-GmbH from Constance and DUALIS GmbH IT Solution from Dresden. These four companies present their solutions in the course of the Smart Electronic Factory. The Technische Hochschule Mittelhessen (THM) – a university of Applied Sciences – was represented as well.

The practical orientation and the innovation regarding the fourth industrial revolution have enjoyed great popularity by political visitors of the booth. Thus, Eveline Lemke, Minister for Economic Affairs, especially regards Rhineland-Palatinate and its companies as excellently prepared for the process of integrated industry. “With iTAC Software AG from Montabaur and further exhibitors as well Rhineland-Palatinate is strongly represented with the topic Industry 4.0”, Lemke emphasized.

The Saxon State Minister Martin Dulig has also been fascinated by the Smart Electronic Factory being in such an industry-suitable state. With DUALIS from Dresden, a company of the Free State Saxon is also part of this “impressive” project.

For the fair’s visitors, coming from all over the world, the special feature of the Smart Electronic Factory lies in the fact that it already contains real application scenarios for Industry 4.0 being integrated into an authentic manufacturing site. The final objective is the self-learning machine in the meaning of Industry 4.0. 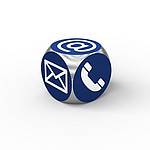